When the fire in the Cachot went out, Bernadette set off to the woods with her sister Toinette and her friend Jeanne Abadie, nicknamed Baloume to look for wood. They spotted a pile of dead wood inside the natural grotto in Massabielle Rock. Following behind the other two girls, Bernadette heard a rushing sound, like a “gust of wind”, which made her look up.

She saw a “Lady in white”. Frightened, she seized her rosary. The Apparition made the sign of the cross. Bernadette did the same and began to pray.

When the vision was over, she hurried to catch up with Toinette and Baloume. When her mother heard about the event, fearing some new misfortune, she told Bernadette never to return to the grotto. 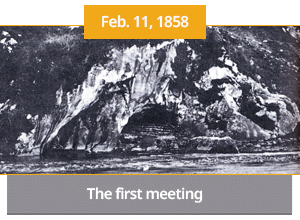 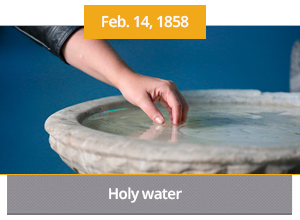 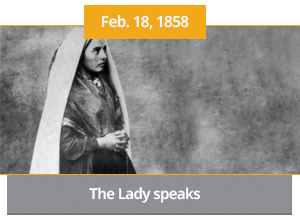 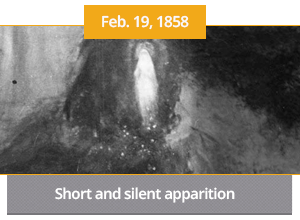 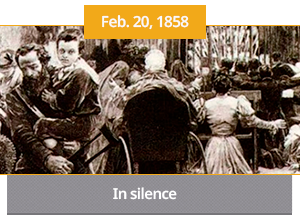 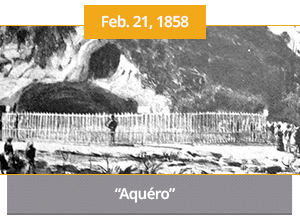 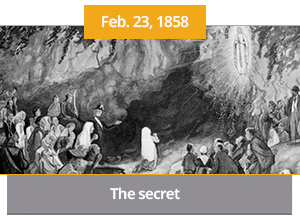 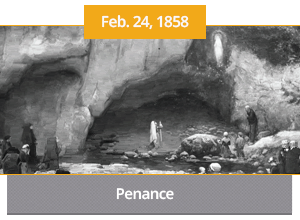 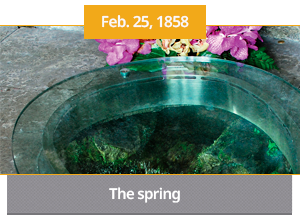 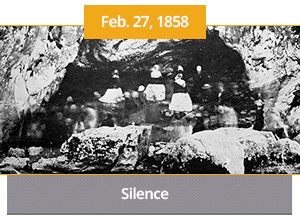 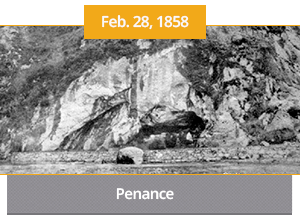 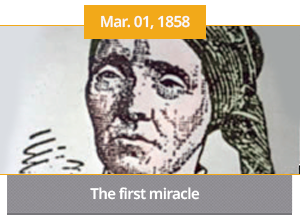 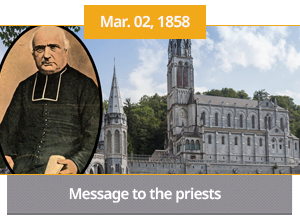 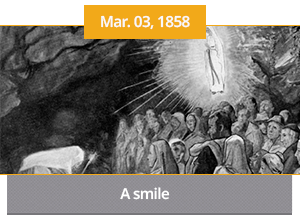 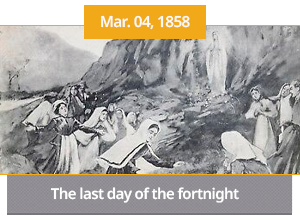 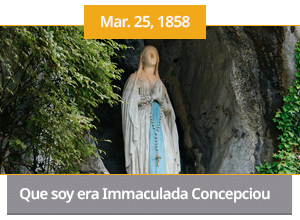 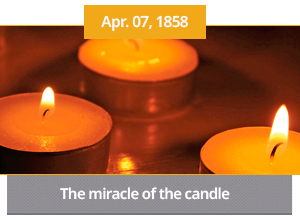 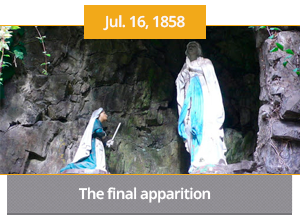